Take stock of the journey so far, primate tells CoGS

“We need to be praying for a revival in the life of our church,” Archbishop Fred Hiltz, primate of the Anglican Church of Canada, told Council of General Synod -14 March

In his final address to Council of General Synod (CoGS) as primate of the Anglican Church of Canada, Archbishop Fred Hiltz told the council to “take stock of the journey so far.” The primate’s talk covered topics including Indigenous self-determination, the proposed amendment to the marriage canon, discipleship and relationships with the wider Anglican Communion. He also acknowledged the concern caused by declines in church attendance and affirmed efforts to encourage a spirit of revival among Anglicans.

Hiltz framed his March 14 report to CoGS by reading from a reflection on pilgrimage, written by Br. Geoffrey Tristram, former superior of the order of the Society of Saint John the Evangelist. Quoting Tristram, Hiltz read: “One thing that can be very helpful as we press along this journey is to periodically stop and make a sort of map of the road we’ve travelled and the road ahead. Ultimately, we know that our destination is God, yet like any traveler pressing on along an unknown road, we may need to check in and reorient ourselves from time to time, to be sure that we haven’t taken off on the wrong path.”

As General Synod 2019, to be held in July, nears, Hiltz said, “We must surely find ourselves asking those same questions that brother Geoffrey identified: Where are we now? Where have we been? Where do we feel God calling us? What is the mission of the community God wants us to become? What are the things in our life right now that are stopping us from realizing that vision, or dulling our sight? Where are we being pulled off the path, and how will we get back on the track?”

Hiltz termed these questions “pertinent…as we move toward General Synod 2019 and new leadership for our beloved church.”

General Synod will elect a new primate while meeting.

“We wrestle with these kinds of questions…against a backdrop of statistics that cause significant concerns in the life of our church,” said Hiltz, highlighting “dramatic drops in average Sunday attendance and the number of identifiable givers across our church, and the rippling impact of that within our dioceses and within the capacities of the General Synod to carry out some of the ministries entrusted to it.” 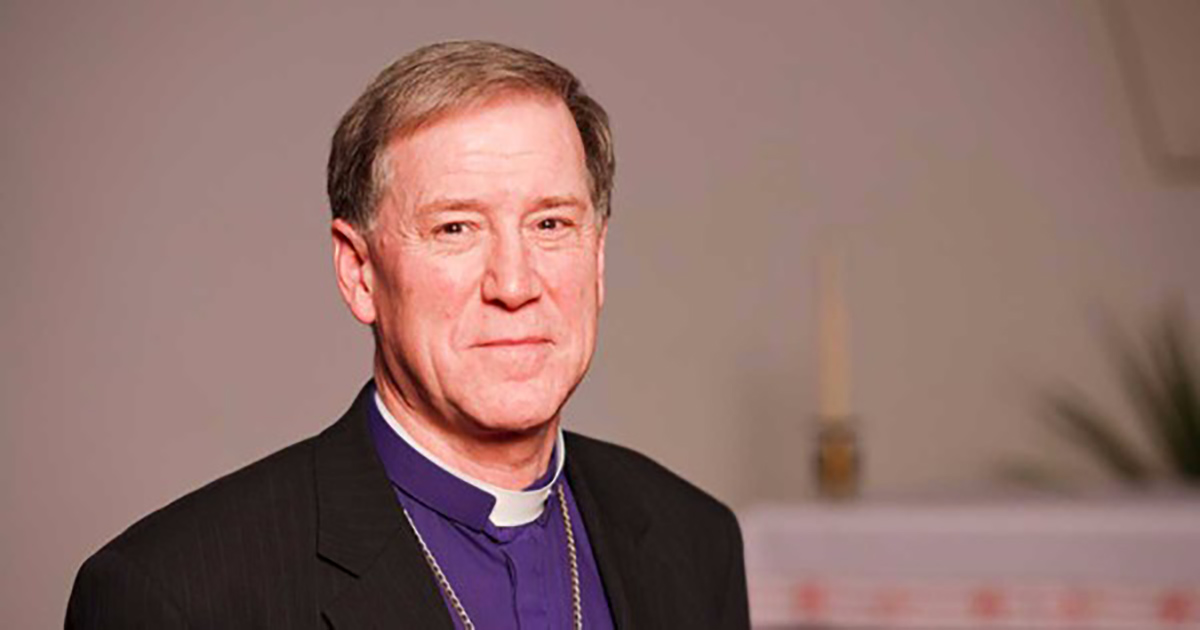 Hiltz also encouraged CoGS members to “think big picture” when participating in the Heartbeat of the Church, an initiative launched by the primate this year that CoGS attendees will take part in on Friday, March 15. “I ask that as you participate in the Heartbeat conversation in CoGS that you would think about the questions in light of the gospel text from a national perspective. Think big. You have plenty of opportunities to think local—to think parish, to think diocese. I want you to think national,” he said.

“We need a revival. We need to be praying for a revival in the life of our church. We need to recommit ourselves as a community of disciples.”

Hiltz referred to the image of a journey or pilgrimage several times throughout his report.

Applying it to the Anglican Church of Canada’s “efforts to be post-colonial,” Hiltz reflected on the church’s reconciliation efforts, including the recent release of a documentary on the Doctrine of Discovery produced by Anglican Video. The primate also mentioned the commissioning of the Vision Keepers, a council of Indigenous elders and youth tasked with holding the church accountable to its 2010 endorsement of the United Nations Declaration on the Rights of Indigenous Peoples (UNDRIP).

“Our church is changing,” said Hiltz, “and in leaving behind the vestiges of the colonial church and striving…to rid ourselves of any taint of racist, cultural, or spiritual arrogance, we are pressing on.”

The primate also applied the metaphor of a pilgrimage to the “conversations about sexual orientation, same gender relationships, and the proposed amendment to the marriage canon, which would make the provision for same-gender marriage in our church.”

Hiltz also highlighted the church’s work in “communion-wide mission.” He reported on the November 2018 regional meeting of the primates of the Americas, saying that the meeting was filled with “very frank and honest conversations about the tensions and the divisions within the communion,” as well as “profoundly grace-filled moments.”

Hiltz also spoke about the relationship the Anglican Church of Canada has had with the Episcopal Church of Cuba (ECC) over the past 50 years.

The ECC was made an autonomous extra-provincial diocese within the Anglican Communion in 1966, under the oversight of a metropolitan council which included the primate of the Anglican Church of Canada. The US-based Episcopal Church voted unanimously to readmit the diocese of Cuba during its General Convention in July 2018.